MIDI – which stands for Musical Instrument Digital Interface – is an interface that transmits information (such as the velocity, volume and panning of your performance) to another device.

In other words, it allows electronic musical instruments, computers and other similar devices to be able to communicate with one another. They all speak the same “language” thanks to the MIDI technology!

Since more and more musicians are using a digital setup, the MIDI controller keyboard has become a standard part of their gear, which is why we help you find the best midi keyboard below based on quality and price.

Things to Think About

Before you select a MIDI keyboard, here are a few things that you should consider:

You needn’t assume that just because a piano has 88 keys that you need that many, too.

Choose a keyboard based on the amount of space you have and think about the variety of music that you need to play. If you aren’t already a trained pianist, then it might be in your best interest to get a keyboard with fewer keys.

What Else You Need to Know

Sometimes they are referred to as MIDI keyboards and others may call them MIDI controllers.

While they are have a lot in common and may look the same, there are a few differences that we’d like to point out:

Number three on our list above is a good example of this. It is slim and sleek, perfect for those who don’t have a lot of space! 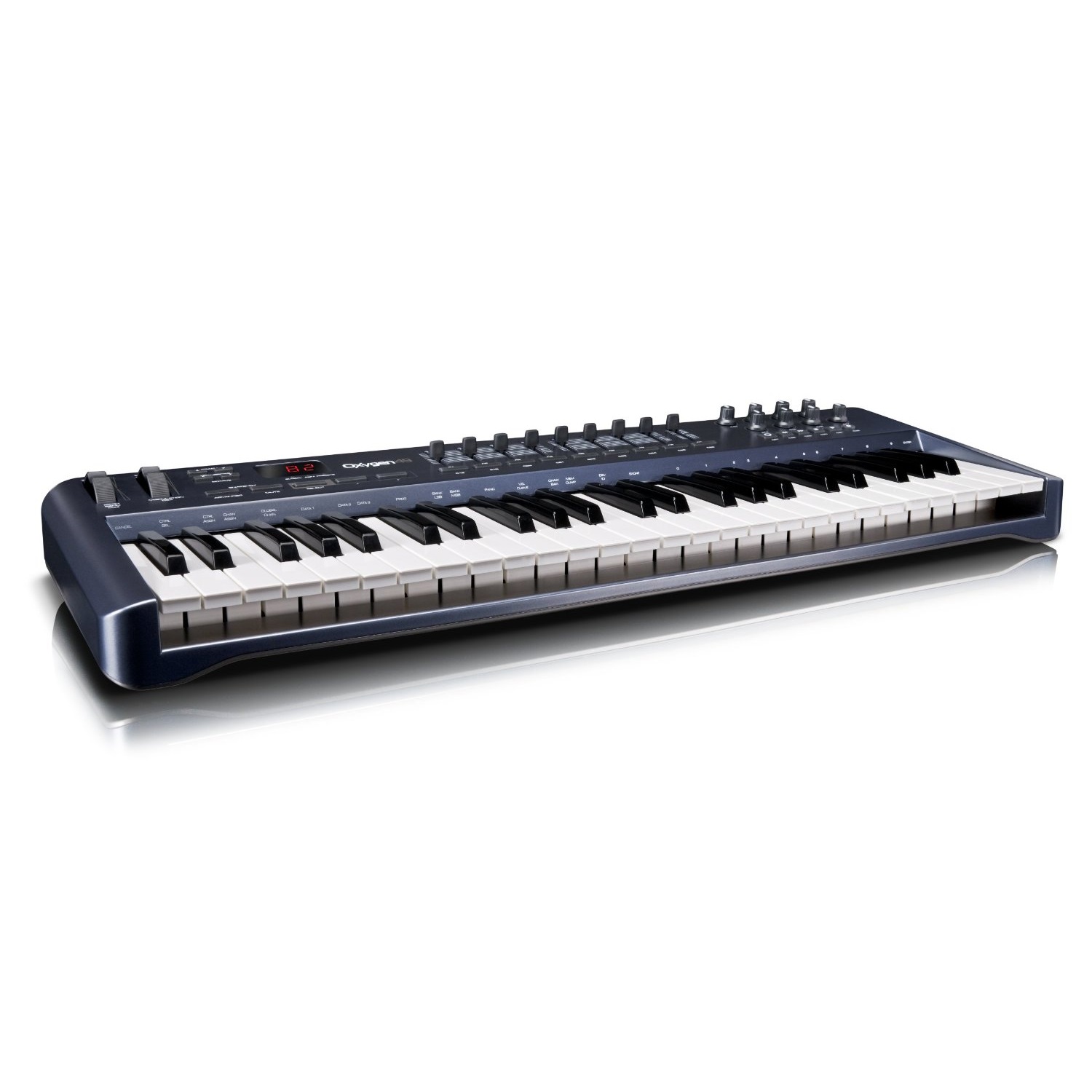 This nice little 49-key USB MIDI keyboard is a great tool for any composer to have. The velocity-sensitive keys feel great when you play, whether you’re experienced at playing a keyboard or not.

It is easy to use right out of the box and offers you quite a few features for the price you pay. We highly recommend it! One of the best midi keyboards on our list. 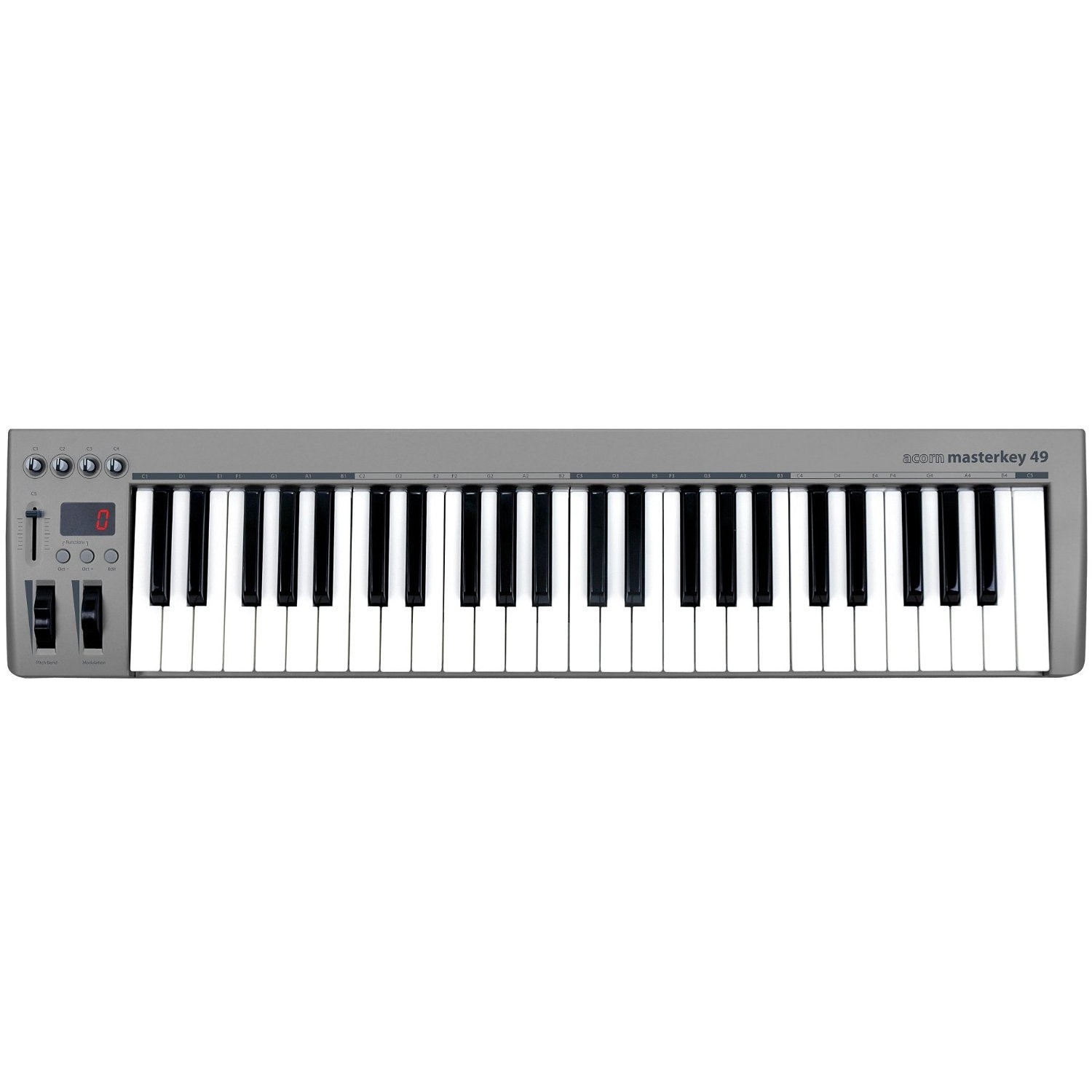 This is another 49-key MIDI controller you should check out.

This costs less than the previous model because it has less features, the main one being that it does not create sound on its own as a keyboard would. The velocity-sensitive keys offer you an expressive sound, it has pitch and modulation wheels to capture musical expression as well as four pots and one fader in order to do some parameter tweaking.

The keys give you great feedback as you play and overall, this would work very well in a home studio if you’re looking to furnish it with some decent equipment. A great find for a very reasonable price!

Tip – Remember that aren’t any drivers available for this keyboard. While it is a universally accepted USB device, some computers may not recognize the keyboard. Without a driver, you’re pretty much out of luck if you find yourself in this situation. 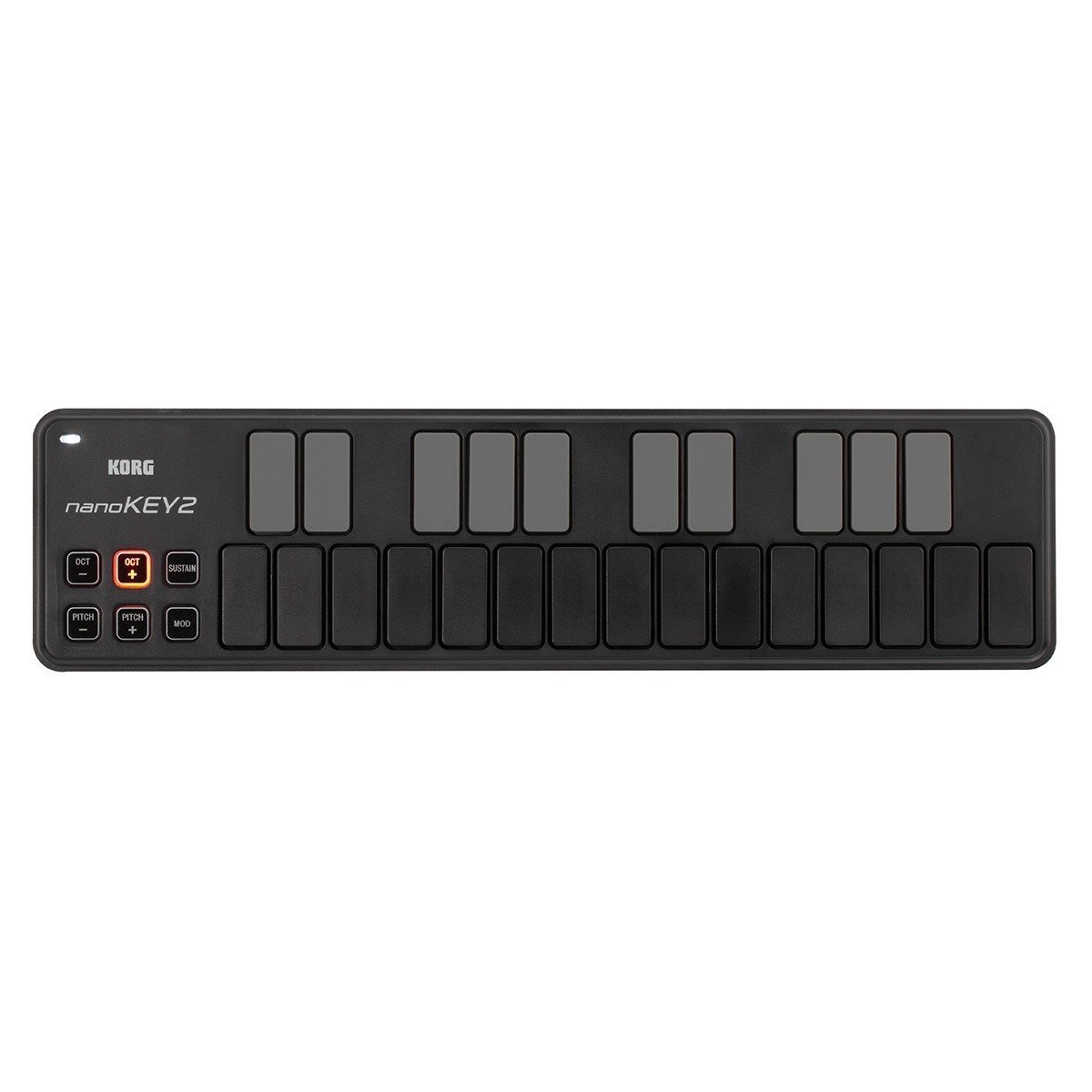 This low-profile MIDI keyboard features a low profile with velocity-sensitive keys that offer you a lovely responsive touch for the size. They keys are set farther apart to help prevent you from hitting the wrong note, it offers you versatile control over the pitch (which you can shift up or down in octave increments) and it also has a variety of buttons (such as pitch bend, modulation button and sustain button).

Aesthetically, some will appreciate that it comes in either black and white to match current electronics. It also comes in as a regular and drum pad controller!